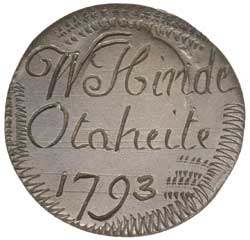 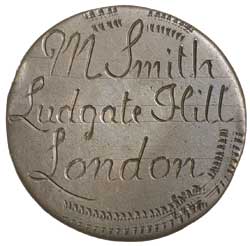 In early August 1791 two newly commissioned ships, HMS Providence and HMS Assistant, departed England on an expedition under Captain William Bligh to collect breadfruit specimens from Tahiti and transport them to the West Indies. Bligh's previous breadfruit voyage was disrupted by the infamous Mutiny on the Bounty incident.

One of the Midshipmen on board the Providence was William Hinde and another was Matthew Flinders.

During the voyage the ships arrived at Adventure Bay, Tasmania on 9 February 1792 where Christopher Smith and James Wiles, the voyage botanists, collected plants and specimens as well as sowing seeds and planting trees on Bruny Island and Penguin Island. The ships then sailed to New Zealand and thence on to Tahiti (Otaheite) where they arrived on 9 April 1792. They remained there for three months gathering on board about 2,000 plants, many of which were bread-fruit. On 19 July 1792 the expedition set sail for the West Indies stopping at various islands on the way including St Vincent and St Helena before arriving at Port Royal, Jamaica on 5 February 1793. A large number of plants did not survive the voyage but overall the expedition was a success with the surviving plant specimens being planted at Jamaica, St Vincent and St Helena.

In the journal of Lt George Tobin on board the Providence he records in May of 1793, Jamaica (p302), 'a very promising young gentleman by the name of Hind (sic) fell a martyr to the yellow fever in a few days.'

Nothing is known about M.Smith of Ludgate Hill. Is this person perhaps related to the ship's botanist, Christopher Smith?