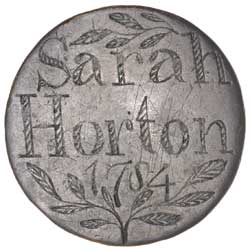 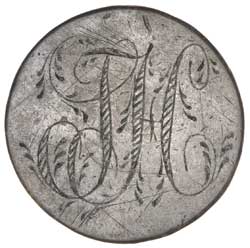 This piece was probably presented at birth or early in her life. It is believed that she was the same woman convicted at Warwick Coventry Assizes and sentenced to a term of 14 years on 27th March 1820. Documentation shows that Sarah was later one of 121 convicts transported on the 'Morley' to Australia on 17th May 1820. Subsequently the 'Morley' arrived in New South Wales and Sarah Horton remained in Australia.