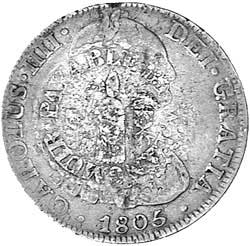 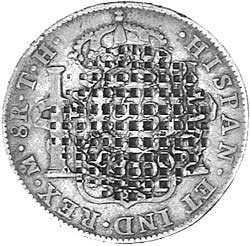 RENFREWSHIRE, Paisley, W. Langmuir's dollar, as previous including some host coin exactly except countermark cancelled on the reverse by overstamping with a grille pattern (Davis 112). Fine and very rare.