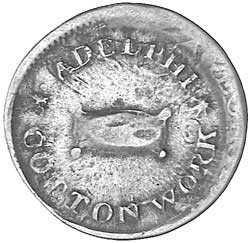 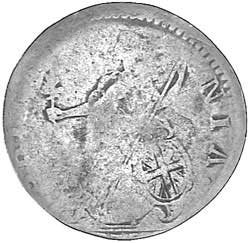 PERTHSHIRE, Deanston, Deanston Cotton Mills, a similar countermark, but different die with stars added in legend, struck on the obverse of a 1775 halfpenny also another date not visible (Davis 92, S.St.27). The first left side of countermark not struck up otherwise very fine and rare. (2)