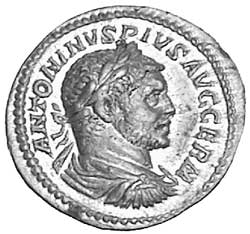 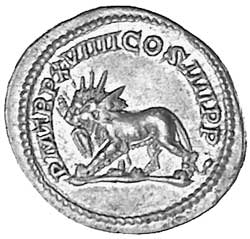 The radiate lion is symbolic of the Emesan solar deity and is a commemorative of the emperor's eastern campaigns. It first appears in the eighteenth tribunician year (215) and is repeated for the next two years. The type links to the emperor's mother Julia Domna who was born in Emesa. Uranius Antoninus nearly forty years later revived the type for one of his gold aurei minted at Emesa. It is also recorded that Caracalla gave the name of 'lions' to specially selected groups of soldiers, and actually used wild animals against the enemy in battle, consequently further symbolism can be attributed to this coin type.