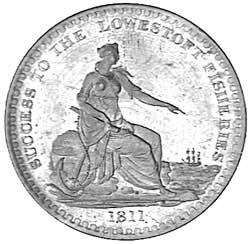 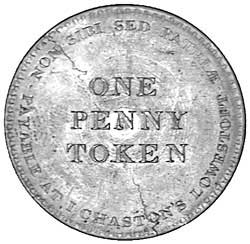 LOWESTOFT, I Chaston's pennies, 1811, female seated on a rock, ship in the distance/legend (Davis 14) (2) one (illustrated) mostly red has several die breaks from rim toward centre, the other a circulated example without die failure), another with inner circle and devices added to reverse (Davis 95) (illustrated). Uncirculated; very fine, dark patinated uncirculated. (3)