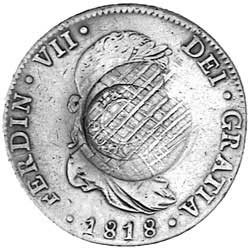 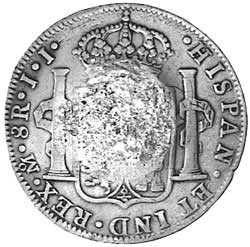 RENFREWSHIRE, Hurlet, John Wilson five shillings, as the previous except the countermark has been cancelled by overstriking with a grille pattern punch, countermarked on a Ferdinand VII Mexico City Mint eight reales 1818. Good very fine and possibly unique in this form.