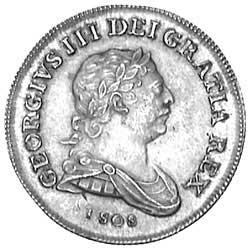 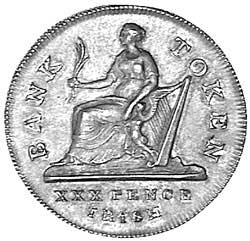 BANK OF IRELAND, thirty Irish pence token, 1808 (S.6616A). Well struck for this issue, toned uncirculated and very rare in this condition, one of the finest known.