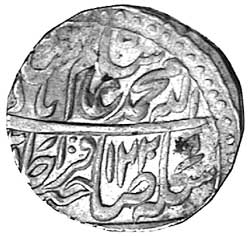 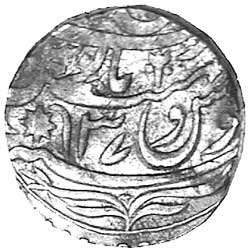 The letter 'Wa' on these East India Company issues was reputedly the initial of the surname of the new settlement officer for Bareli Henry Wellesley. The earlier issue, with letter 'He', may have been a less majestic initial of his first name.