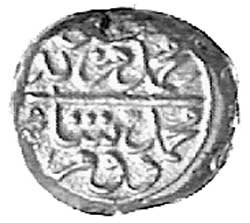 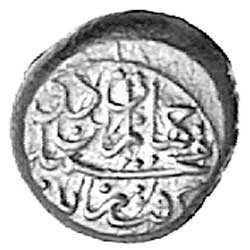 This is the only Islamic gold coin struck by any of the successor states to the Bahmani kingdom of Kulbarga. It was struck to the pagoda standard of the Karnataka. Ismail had five examples having an averaage weight of 3.37 grams. The legends read 'The World has gained ornament and glory from these two Muhammads, One Muhammad the Prophet; two Muhammad the Shah'. This coin type was briefly described in 1912 by Taylor and more adequately by Ismail in 1925. Previously only the Spink-Taisai example had been illustrated, another washed out photo in Ragjor and now our example!