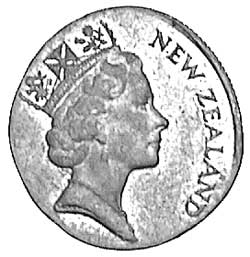 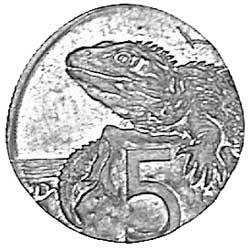 NEW ZEALAND, five cents on one cent blank circa 1997. Nearly uncirculated and rare.