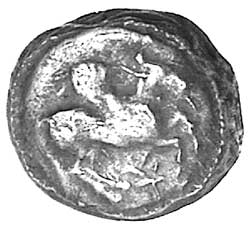 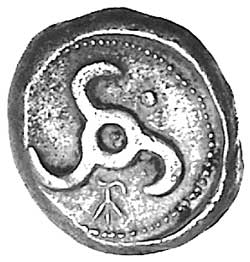 Xanthus has been suggested as the likely mint for this and related issues (See G.K. Jenkins, 'Recent acquisitions of Greek Coins by the British Museum', NC 1959, p.33). However this may be questioned, since this stater and all the related pieces in the SNG Berry, ACNAC Rosen and SNG Von Aulock all fall clearly into the heavy weight classification. Thus Morkholm has in 'The Classification of Lycian coins before Alexander the Great' (JNG 1964, pp 65ff), assembled evidence indicating that Xanthus was the home of the light standard and the heavy standard circulated in Central Lycia. That standard cannot be identified with any in use outside Lycia. The letter on the obverse represents a 'kh', the initial letter of the dynast's name. The triskeles on the reverse is a solar symbol and a distinctive Lycian emblem connected with the national diety, Apollo.