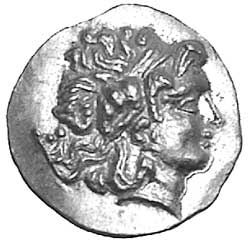 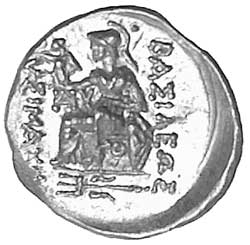 This lot comes from an important hoard of Greek gold staters from the time of the Mithradatic War (88-86 B.C.). They were issued by Mithradates VI of Pontus who used the design of the famous issues of Lysimachos whose staters with the head of Alexander the Great linked him to Alexander, history's greatest conqueror. At the age of 18, Mithradates embarked on a career of conquest, bringing most of the lands around the Black Sea under his control. These policies bought him into conflict with Rome and he consequently tried to liberate the East from Rome and quickly defeated the local garrisons and massacred every Roman citizen in Asia (some 80,000 in one night). Athens welcomed him as a liberator, but the Roman response came. In 87 B.C. the Consul Sulla and five legions captured Athens and pursued Mithradates back to Asia Minor. Mithradates was fined 2000 talents (600,000 gold staters) and returned to Pontus. These gold staters were probably struck during his campaign in Thrace in late 88 to early 87 B.C., to pay his mercenary soldiers. Three cities struck these coins. Alternative view has been put forward suggesting that these coins were issues of Brutus in the Civil war of 44-42 B.C. (this view was published in Celator January 2000 [pp. 22-24]).