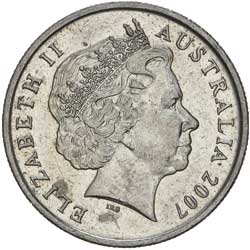 Found in change recently in a school canteen.