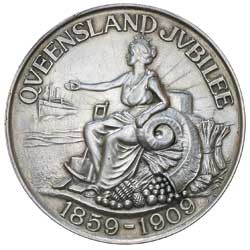 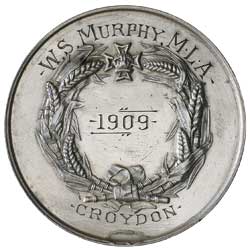 W.S.Murphy, elected in 1904, was the State member for Croydon 21.5.1904-18.5.1907 and 5.2.1908-27.4.1912. He was also editor of The Croydon Miner. Murphy was a key player in a parliamentary crisis for the government in May 1904. When the Third session of Parliament opened, an amendment on an Address-in-reply was defeated by only one vote, the government being saved by the vote of newly elected W.S. Murphy who had rushed overland by horse and coach to Cairns and then by ship to Brisbane to cast his vote after the government had carried out a prolonged 'stonewalling' debate awaiting for his arrival. G Essex Evans wrote a poem about the incident and compared Murphy to the Russian General Kuropatkin who was providing relief to besieged troops during the Russo-Japanese War which was in full force at the time. Henceforth he was known as 'Kuropatkin' Murphy.