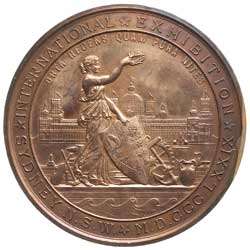 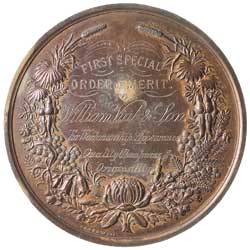 William Vial & Co had a coach building company that operated out of premises at 259, 261 Castlereagh Street, Sydney with a factory at Paddington, Sydney, NSW. Their specialised work covered such aspects of coach building as bodymaking, blacksmithing, wheelwrighting, trimming and painting to the highest and yet affordable standards. They were endorsed by appointment to H.R.H. the Duke of Edinburgh, Sir Hercules Robinson, K.C.M.G., and the previous Governors of New South Wales. Mr Vial obtained some notoriety for himself and no doubt his business during the visit to Sydney of the Duke of Edinburgh, Prince Alfred. On 12 March 1868 an attempt was made on the Prince's life while he was attending a luncheon at Clontarf but it was quickly thwarted by Mr Vial who according to a newspaper report, 'sprang upon the dastardly assailant, pinioning his arms to his side.'

Later, a meeting of coachmakers was assembled and to show their admiration for his bravery agreed that a testimonial should be presented to Mr Vial as an expression of their approval of the bravery he displayed and that all the coachmakers in the colony be requested to subscribe thereto. On 24 March 1868 Mr Vial was also presented with a gold medal of thanks from the Sydney Volunteer Fire Brigade, of which Mr Vial was a member, for his noble conduct in saving from death H.R.H. Prince Alfred.

Mr Vial died in 1877 but the business continued under the management of his son, William. Obviously he continued to maintain the company's high standards because at the 1879 Sydney International Exhibition the company received a 'Commended' award for its Landaus, a 'Highly Commended' for its Victorias and a 'First Degree of Merit Special' for a Florentine Phaeton.