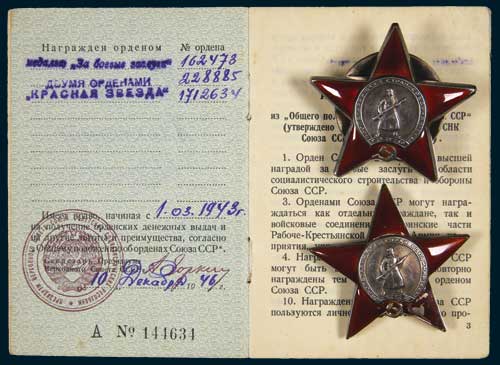 Together with Order booklet no.A144634 for Alexander Kaluka which lists above two Red Stars with listed serial numbers 228885 and 1712634 which match numbers on the medals; also booklets for nine medals (one with two booklets but different dates) and the commemorative badges listed above which include medal or badge image and details; 2 pages from service record in Russian text.