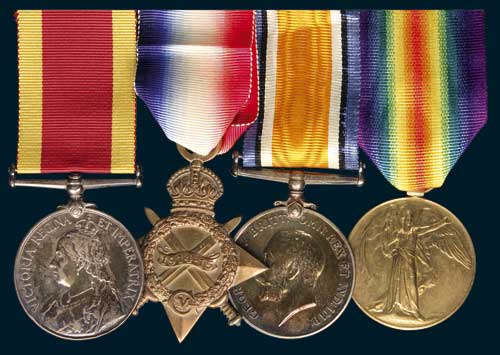 Walter George Horne, platelayer, born 04Sep1879 at St Clair, Reading, England; Enl.02Mar1899 in Royal Navy; served on various ships including HMS Orlando, Pique, Prince of Wales, Achilles, Jupiter, Minotaur and others; he was with HMS Pique during the China War (Boxer Rebellion). A total of 289 China Medals without clasp awarded to crew of HMS Pique; Disch.01Jul1916; appeared on the Ship's Company's Defaulter's Book on numerous occasions.