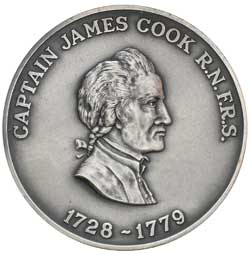 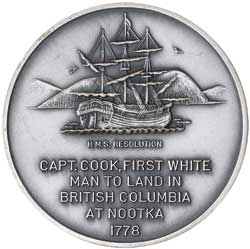 This medal was also issued in gold by Allan Klenman, Victoria, British Columbia, who published his book 'The Faces of Captain Cook' in 1983 with a foreward by William J. Mira.