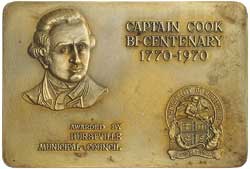 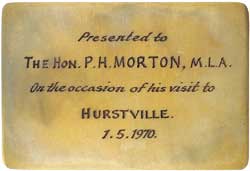 Philip Henry (Pat) Morton was born in Lismore, NSW on 28 October 1910. He entered politics in 1944 as an Alderman on Mosman Municipal Council becoming Mayor two years later. He then entered state politics being elected as Liberal Party member for Mosman in 1947. After a few failed bids to be the party leader he was finally successful in 1955 and led the Liberal Party in two elections in 1956 and 1959, failing to win on both occasions. He was deposed by his deputy, Robin Askin and reverted to the party's back bench. When Askin led the Liberals to victory in 1965 he recalled Morton to the cabinet and he was appointed Minister for Local Government and Minister for Highways. He retired from parliament in 1972 and died at his Mosman home in 1999.