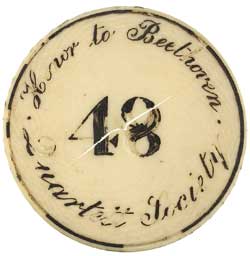 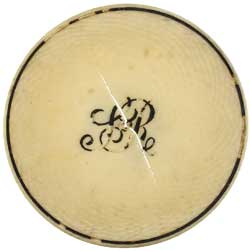 These tokens were produced for admission to the Beethoven Quartett Society performances at 76 Harley Street promoted by Thomas Alsagar, co-owner of The Times newspaper. It is rare to have two tokens with matching numbers.