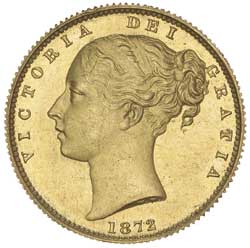 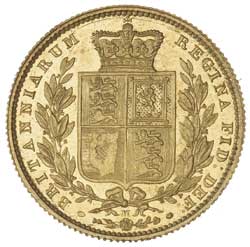 A contemporary letter states in full 'For Flora, One of the first thirty sovereigns struck off at the Victorian Mint by the Governor of the Colony in 1872. From Her Father P.Normanby'.

The Melbourne Mint was opened for business on 12 June 1872 and it was then that the Governor, Sir J.H.T.Manners Sutton, K.C.M.G., presided at the striking of the first sovereigns as part of the opening ceremony. The second Marquess of Normanby was Governor of Queensland in 1872.