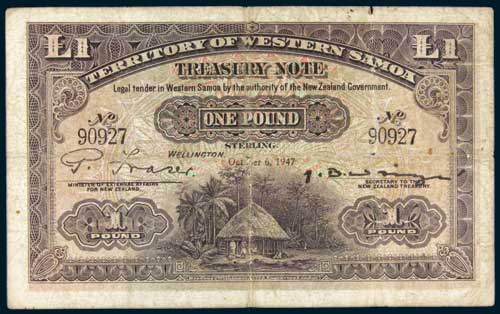 WESTERN SAMOA, Territory of Western Samoa, Treasury Note, one pound, Wellington, October 6, 1947, No. 90927, 'Legal tender in Western Samoa by the authority of the New Zealand Government' (P.8b). Heavy folds and creases, some worn through, nick out of top margin, otherwise a full note with paper still firm, very good and rare.