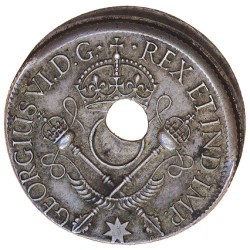 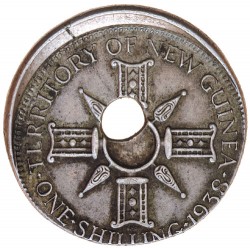 TERRITORY OF NEW GUINEA, shilling, 1938, struck 10% off centre and out of collar. Very fine.