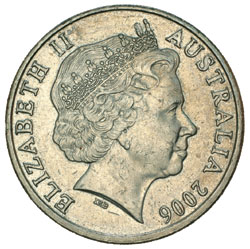 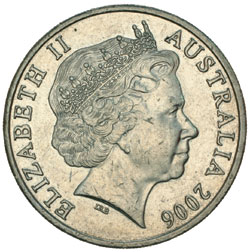 ELIZABETH II, twenty cents, 2006, struck from two obverse dies at 180 degrees or upset rotation. Edge and surface marking from circulation, otherwise extremely fine and excessively rare, only the second of the type noted and the first with this date.