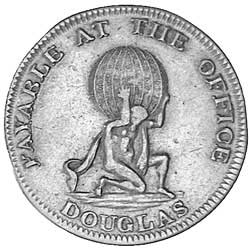 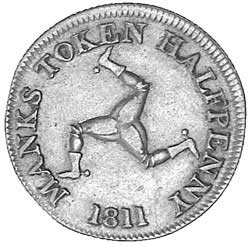 DOUGLAS, Atlas Fire Insurance Co., halfpenny, 1811, as before but the word Douglas is under figure of Atlas. (Davis 19; Pr. 60; McC 122). Even dark grey brown very fine or better and excessively rare.