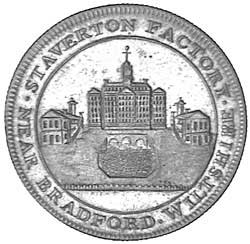 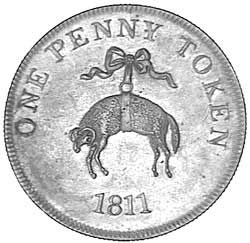 STAVERTON, John Cooper & Co's woollen factory penny, 1811, view of mills over a river/fleece suspended by T. Wyon (Davis.7). A choice light to medium brown patina with underlying mint bloom, nearly uncirculated and very rare especially in this condition, one of the finest known.

Purchased from Spink in 1973 (from a U.S. British Collection sold to Spink by F.S. Werner in London at that time).