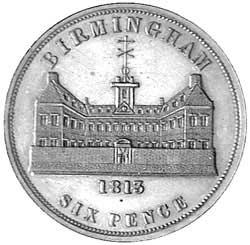 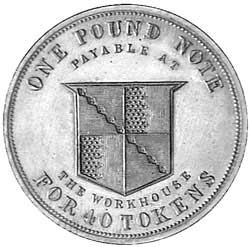 BIRMINGHAM, Workhouse copper sixpence, 1813, a later striking of slightly smaller diameter and weighing four and one half ounces (Davis 29). With a beautiful medium brown patina, and unmarked uncirculated and extremely rare, only six struck.