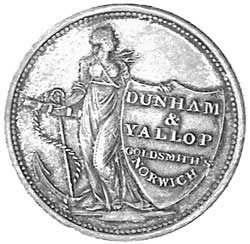 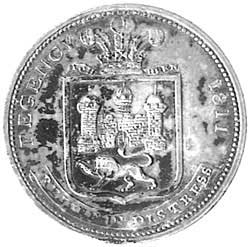 NORWICH, Dunham & Yallop's halfpenny, 1811, by T. Wyon, Hope standing beside shield/arms of City with Prince of Wales plumes as a crest (Davis 21) a proof struck in silver, tiny period after Norwich on obverse (normally only seen on Davis 22). Toned, nearly uncirculated and extremely rare.