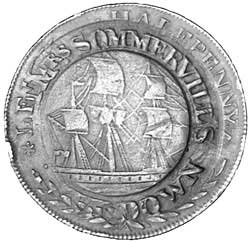 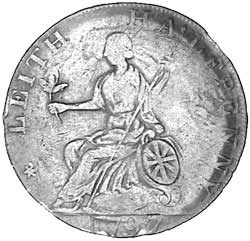 PERTHSHIRE, Doune, halfpenny, a similar countermark to the previous lot struck on the obverse of a Leith halfpenny of 1797, countermark unevenly applied otherwise virtually as struck, nearly extremely fine and very rare.