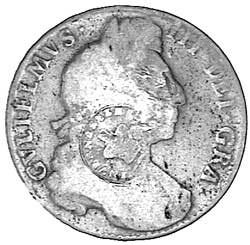 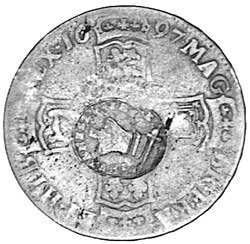 INVERNESS-SHIRE, Inverness halfcrown, a circular die countermark Inverness-shire around a crown, over a sword struck on both sides of a William III 1697 halfcrown. Fair, countermark unevenly applied and double struck on the reverse, nearly fine, very rare.