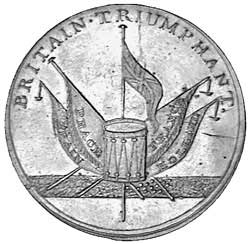 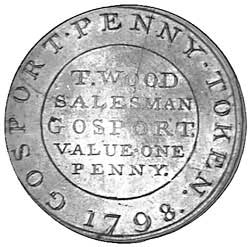 GOSPORT, T.Wood's penny, 1798, The British Standard and a drum between four flags/legend (D&H 2) hairline die fracture on obverse from rim at 12 o'clock to standard also at 3 o'clock, reverse from 12.30 to centre. Hints of red but virtually full patination to medium blue brown, nearly uncirculated and rare.