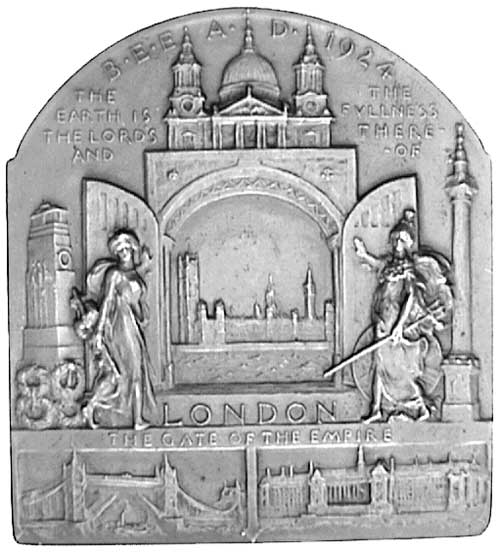 BRITISH EMPIRE EXHIBITION, London, 1924, plaquette in bronze (58 x 63mm) by Spink & Son, obv. an archway looking onto the Palace of Westminster with views of London buildings around, 'B.E.E. A.D 1924' above, 'London / The Gate of the Empire' below., rev. 'Wembley'. With old sales envelope. Extremely fine and rare.

This exhibition was to promote trade within the Empire and to serve as a memorial to the Empire forces who had fought in the First World War.