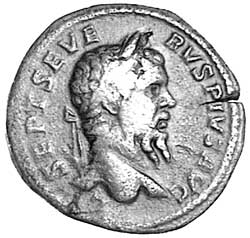 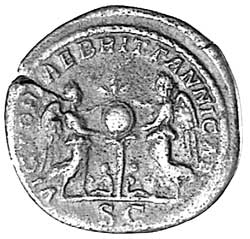 Severus crossed to Britain in A.D. 209, and the British campaign reached its climax in A.D. 210, when Severus invaded Scotland and gained sufficient success to justify him in accepting the title Britannicus. He dies at York early in May A.D. 211. This coin alludes to these British campaign victories.