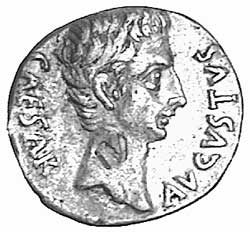 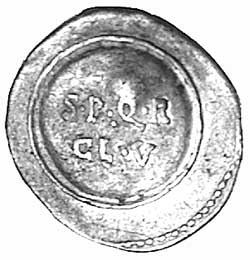 Ex. B.A. Seaby, London, March 1989. In 27 B.C. Octavian 'transferred the State from his own control to that of the Roman Senate and People' (Res Gestae 34.1). He received in turn from the grateful Senate and People the title 'Augustus'. A golden shield the `Clipeus Virtutis' (CL V on the coin) was set up in the Julian Senate house to honour his Virtus, Clementia, Justitia and Pietas. These symbols of honour were commemorated on coins issued throughout the Empire.