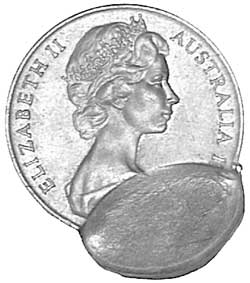 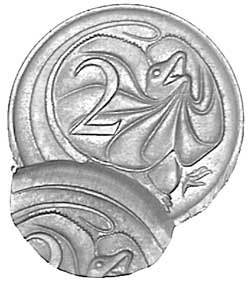 ELIZABETH II, two cents 1974, double struck, the second strike being about 70% off centre. Nearly uncirculated and rare as such.