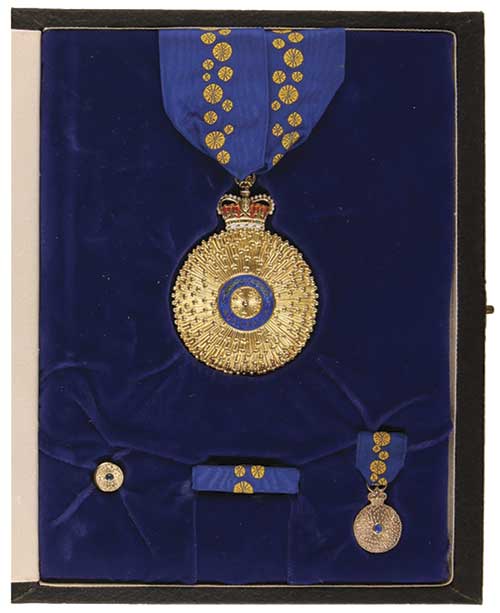 William 'Bill' O'Neil was born in 1912 and raised on the family sheep station on the northwest plains of NSW. He was home educated until age nine and then studied in The NSW Correspondence School. Later he attended De La Salle College at Armidale where he passed his Leaving Certificate and was awarded a Teacher's College Scholarship to the University of Sydney. At university he was awarded the Lithgow Scholarship and the Frank Albert Prize in Psychology before graduating in 1933 as Bachelor of Arts with first class honours and the University Medal for Psychology. He completed his Diploma of Education winning the Burfit Prize but did not qualify for his Teacher's Certificate. However, he did undertake research for a Master of Arts at the university and qualified with first class honours and again was awarded the University Medal for Psychology in 1935.

Between 1936-1940 he was Psychologist-in-Charge of The Vocational Guidance Section in the NSW Department of Labour and Industry and then moved to Sydney Technical College as Vocational and Research Officer. Then in 1945 Professor O'Neil applied for and was appointed to the McCaughey Chair of Psychology. Bill O'Neil was a leading figure in the development of academic and professional psychology in Australia and a respected administrator. He was appointed Deputy Vice Chancellor of the University of Sydney in 1965. In 1969 the Australian Psychological Society made him an Honorary Fellow and in 1970 he was recognised by the university with an Honorary D.Litt. After retiring in 1977 he continued his interests in psychology and the history of astronomy. Then on 6 June 1978 the Australian Government recognised his service to education and learning by appointing him as an Officer of the Order of Australia.

Bill O'Neil wrote about various conceptual issues and his books include An Introduction to Method in Psychology (1957), The Beginnings of Modern Psychology (1968, 2nd ed. 1982), Fact and Theory: An Aspect of the Philosophy of Science (1969), Time and Calendars (1975), Early astronomy from Babylonia to Copernicus (1986), and A Century of Psychology in Australia (1987). Bill was also prominent in various societies involved in the area of psychology including serving as the second Chairman of the Australian Research Grants Committee and also Chairman of the Social Sciences Research Council during 1964-66.

Emeritus Professor William Mathew O'Neil, an Honorary Fellow of the Academy of Social Sciences and regarded as one of the foremost psychologists that Australia has produced, died at his Sydney home on 1 June 1991.