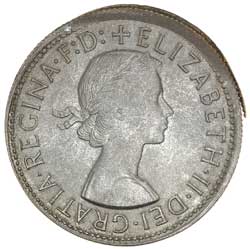 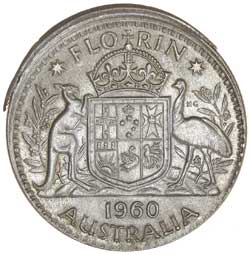 ELIZABETH II, sixpences, 1960 and 1962, shilling 1961 and florin 1960, all struck off centre by ten percent with raised rims, generally out of the collar, two with plain edges. Extremely fine - uncirculated. (4)