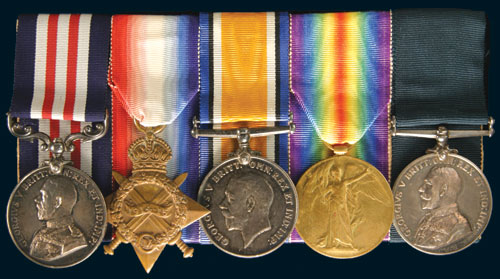 852 Charles Oscar Massey, Pte 32nd Btn. Enl. Kalgoorlie 26Aug1915 R.T.A.01Jun1919. MM. L.G. 20Aug1919 C.G. No.135 11Dec1919 'For meritorious service and devotion to duty. During the operations in the neighbourhood of Joncourt on 1st October 1918, he displayed great courage and devotion to duty in supervising the delivery of rations to his Company who were in support about 200 yards from the front line. In the performance of his work he was compelled to go through a hostile barrage of a particulrly heavy nature. Its negotiation required not only bravery but also the exercise of much skill and coolness, and he succeeded in delivering his rations. His foresight and experience on that occasion was largely instrumental in minimising what otherwise would have resulted in heavy casualties to transport and ration parties. C.Q.M.S. Massey is a keen and reliable N.C.O. and the sincerity and devotion with which he has always discharged his duties have been an invaluable example to the Company' (Originally recommended for a MSM, changed to DCM and finally awarded MM).