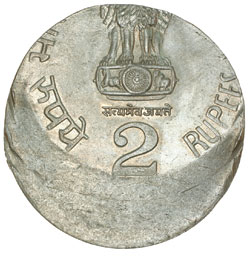 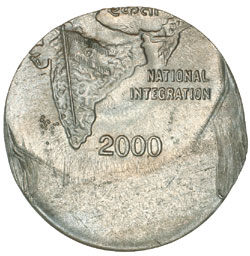 INDIA, two rupees, 2000, unusual flattening of the obverse of the coin trapped in the dies, broadening the flan giving a sharp impression of the reverse die, together with a second example with 60 percent off centre strike (KM.121.5). Nearly uncirculated. (2)