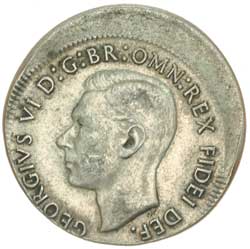 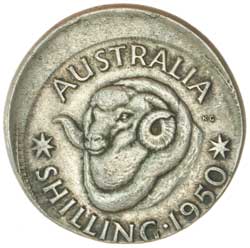 GEORGE VI, shilling, 1950, struck off centre by fifteen per cent, outside collar resulting in no edge milling. Nearly very fine.