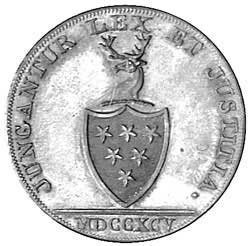 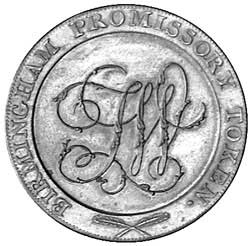 Purchased from Spink in 1975. Thomas Welch kept records of the output of the contemporary die-sinkers and supplied much of the information contained in Pye's primary works. His collection of 18th century tokens was dispersed in 1801.