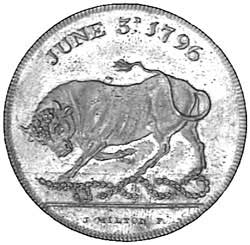 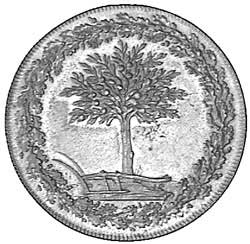 Purchased from Spink in 1973. R. Biddulph, the issuer, returned to Parliament at the Election of 3 June 1796. The obverse symbolises the country breaking free of 'Tory' shakles in electing a 'Whig'.